What I read on my holidays

I'm back from a road trip down the east coast of the USA, from Washington DC to Miami Beach with a detour down to Key West. Needless to say, this was fabulous, but more importantly, what did I read while I was away? The answer is 'not as much as I thought I would', but I did manage the following - two thrillers and a historical adventure. 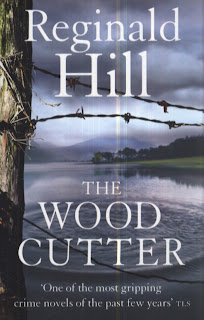 While I enjoyed The Woodcutter and found Wolf's story a compelling one, there's no doubt that the novel could have been 100 pages shorter, and there were some elements of the plot that stretched the suspension of my disbelief to breaking point: would a man really name his multinational business after his former secret service pseudonym, for a start? I also found it a little hard to reconcile aspects of Wolf's character with others' assertions that he is universally liked by all who meet him. Even prior to his arrest, which leaves him disfigured and embittered, his behaviour and manner doesn't suggest to me a man who would automatically charm everyone he encounters; I didn't find him especially likeable myself. I was also mildly irritated by the ugly-middle-aged-man-is-mysteriously-irresistible-to-exotic-young-woman-in-her-20s aspect of the novel, which seems to be a constant wish-fulfilment device employed by male thriller writers (see also Stieg Larsson).

That said, The Woodcutter was a diverting read overall that combined elements of spy fiction, adventure, detective novel and psychological thriller to good effect, albeit with one or two holes in its plot. I also enjoyed the different techniques Hill used to tell the story, with varying narrators and points-of-view all bringing a new layer of perspective and a couple of revelations I really wasn't expecting. Definitely a good one for a plane journey.

My next read was She Rises by Kate Worsley, set in the 1740s. Worsley was apparently mentored by Sarah Waters during the writing of this book, and it certainly has a lot in common with novels like Tipping The Velvet and Fingersmith as well as Carol Birch's Jamrach's Menagerie. It's the often dark, frequently surprising historical tale of an estranged brother and sister. Louise, a rural dairy maid is sent to the port of Harwich to become lady's maid to the spoilt, unpredictable daughter of a wealthy naval captain. Luke, at the age of 15, disappears without trace after being press-ganged in a tavern and forced to go to sea with the Royal Navy.

At first, I found Luke's story much more involving than Louise's, not least because its very premise is so terrifying, but as Louise's relationship with her capricious, calculating mistress Rebecca takes a more intense turn, I began to find her equally fascinating (although not necessarily likeable at times, and capable of some infuriatingly questionable decisions, she's all the more interesting for that). Both Luke and Louise are thrown into utterly unfamiliar worlds and forced to make sense of new and challenging surroundings as well as forming unusual relationships, some not entirely healthy, and watching them grow in confidence and strength of character is a pleasure. When the stories of Louise and Luke finally converge in a highly original way, it's extremely effective, if not entirely unforeseen. 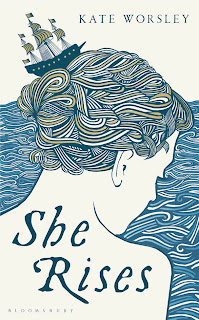 She Rises is a truly gripping story of gender, sexuality, class and the mysterious power of the sea, and it has all the brilliantly vivid evocation of time and place that I love to see in historical fiction. The sights, sounds and smells of an 18th century naval ship, unpleasant as they are, are brought to life with immense skill, as are the narrative points of view of Louise and Luke. Excellent stuff and almost impossible to put down - I read this beautifully written, compelling novel well into the night to finish it.

My final holiday read, which I raced through in a couple of hours on the plane journey home, was The Magpies by Mark Edwards. Kirsty and Jamie buy their first home together, a pleasant flat in a London suburb, and are initially delighted with their new neighbours - an eccentric herbalist, an easy-going children's writer and his wife, and the Newtons, a couple downstairs who seem keen to be friends. But it doesn't take long before a tragedy strikes and Kirsty and Jamie's relationship with the Newtons sours. Are Chris and Lucy Newton just difficult neighbours, or is something more sinister afoot? 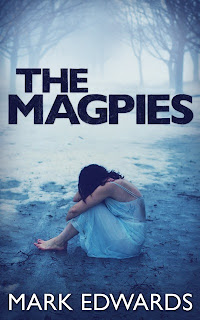 The Magpies is a genuinely chilling psychological thriller that, to anyone who has had the sort of neighbours who seem determined to make one's life a misery, seems horribly plausible at times. Jamie and Kirsty - although I couldn't help feeling I'd find them slightly irritating if I met them, with their smug inability to keep their hands off each other and their slightly sitcom-cliche style best mates - are certainly believable as a young couple making their first step on to the property ladder and planning to start a family. Less believable, however, are some of their reactions to the horrors that unfold around them. I find it hard to accept, for example, that anyone who believed an intruder with a key to their property had been letting themselves in and creeping around wouldn't immediately change their front door's locks. For a thriller, it's a little lacking in surprises too. As a throwaway, pacy psychological thriller to read on a plane, though, it was entertaining enough and certainly kept me turning the pages.