The Possessions by Sara Flannery Murphy 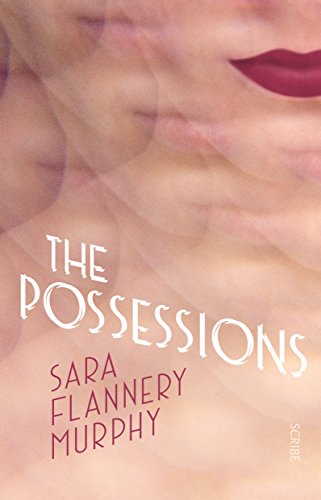 Sara Flannery Murphy's The Possessions has at its heart a concept that would be happily at home in a science fiction or horror novel. The Elysian Society is an establishment at which the bereaved can channel their dead relatives via 'bodies' who, while rendered unconscious by mysterious tablets known as 'lotuses', are temporarily possessed in the manner of a spirit medium. The narrator, Eurydice, becomes entangled through her work as a body in both the troubled marriage of Patrick Braddock and his late wife Sylvia, and in the murder of an anonymous young woman.

But this is no steampunk-gothic ghost story or futuristic dystopia. Rather like Kazuo Ishiguro's Never Let Me Go, The Possessions simply weaves its speculative premise into a contemporary setting, with the existence of The Elysian Society and the ability of its bodies to channel the spirits of the dead is treated as accepted fact. Everything feels strangely credible and reasonable, and the book is better for it.

The Possessions makes clear parallels between the work of the bodies and sex work, although there's no physical contact between the bodies and their clients. Most of the bodies are women - men, one of the bodies observes, simply 'don't have the training for the work that women do' - and most of them are drifters who last only a short time at The Elysian Society, such is the psychological toll of allowing their own personalities to be erased in order to act as a conduit for someone else. The proprietor of The Elysian Society, Mrs Renard, is unnervingly cold and manipulative.

Although the clearest literary allusion in The Possessions is to Charlotte Bronte's Villette, which Sylvia was reading at the time of her death and whose protagonist Eurydice names herself after when she affects a false identity in order to find out more about Patrick, The Possessions reminds me more of the darker novels of Daphne Du Maurier, or perhaps one of Hitchcock's most psychological thrillers. Eurydice's obsession with Patrick and the uncomfortably perilous nature of her relationship with him make her frighteningly vulnerable, and what of Sylvia, the dead woman whose spirit she channels whenever Patrick visits her? Will she ever reveal the secret of her death? And when she begins to inhabit Eurydice's body more and more often, will she ever want to leave?

Murphy scatters her prose with linguistic hints that offer clues to what's happening - Sylvia haunts the narrative itself as much as her spirit inhabits Eurydice, her personality and state of mind breaking through into the text as her influence grows. This is an exceptionally well-written novel with not a single word carelessly chosen. Even the title has multiple meanings - does it refer to spiritual possession, or to the small personal belongings of Sylvia's which help Eurydice to channel her ghost, or to the bodies of the Elysian Society themselves?

If I have a complaint it's that the last few chapters are a little anticlimactic and don't quite live up to the nervous tension that builds throughout the rest of the book, but this was really a book I enjoyed for its atmosphere rather than its plot.