Recently, The Guardian's Books website featured a couple of my reviews in their reader reviews roundup, and offered to send me some books 'from the cupboard'. To my surprise their selections were not just brand new hardcovers of the new Peter Carey and Anne Tyler books, but also an advance copy of the yet-to-be-published novel from Booker winner John Banville.

Ancient Light is beautifully written, full of allusions and hints and obscured suggestions, to the point where the experience of reading it felt more like reading a full-length prose-poem than a novel. Ostensibly about an ageing actor reminiscing about his boyhood affair with his best friend's mother and grieving for his adult daughter, who has died some years before in mysterious circumstances, it's really a novel about the past, about the fragility of memory and how what has gone before affects everything still to come - 'everywhere we look,' one character says, 'we are looking into the past' - even when the past is something unfixed and mutable, reshaped by unreliable recollection. Even when theatre actor Alexander Cleave, who narrates the novel, is unexpectedly drawn out of retirement by a leading film role, the part proves to have peculiar and occasionally almost sinister links with the death of his daughter - and with Alexander himself. 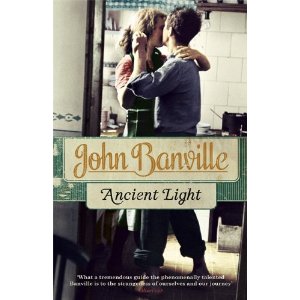 The book is full of foreshadowing, odd parallels and veiled hints - to the point where the novel at times, particularly in the 'present day' sections about Cleave's film work, his research into Axel Vander and his relationship with his young co-star Dawn Devonport - feels like a strange narrative puzzle, an 80,000 word crossword clue with no clear delineation between the real, the remembered and the imagined. I found myself wondering, when I'd finished it, if I should go back to the beginning and start again just so I could spot the treasures buried within the prose. It's also deeply moving, sometimes rather unsettling and occasionally funny.

The problem is, however, that most of the characters simply don't ring true for me, and the supremacy of style over substance means that beautiful though Banville's book is, I was ultimately left wanting when I finished it. I believe there are other Banville novels in which some of the characters from Ancient Light make their first appearances, and perhaps if I'd read them, Ancient Light would have been a richer, intertextual reading experience. But I haven't, and while there was much about the book that I loved, Ancient Light falls short of the standard I'd been led to expect from Banville.