The Secret Commonwealth by Philip Pullman 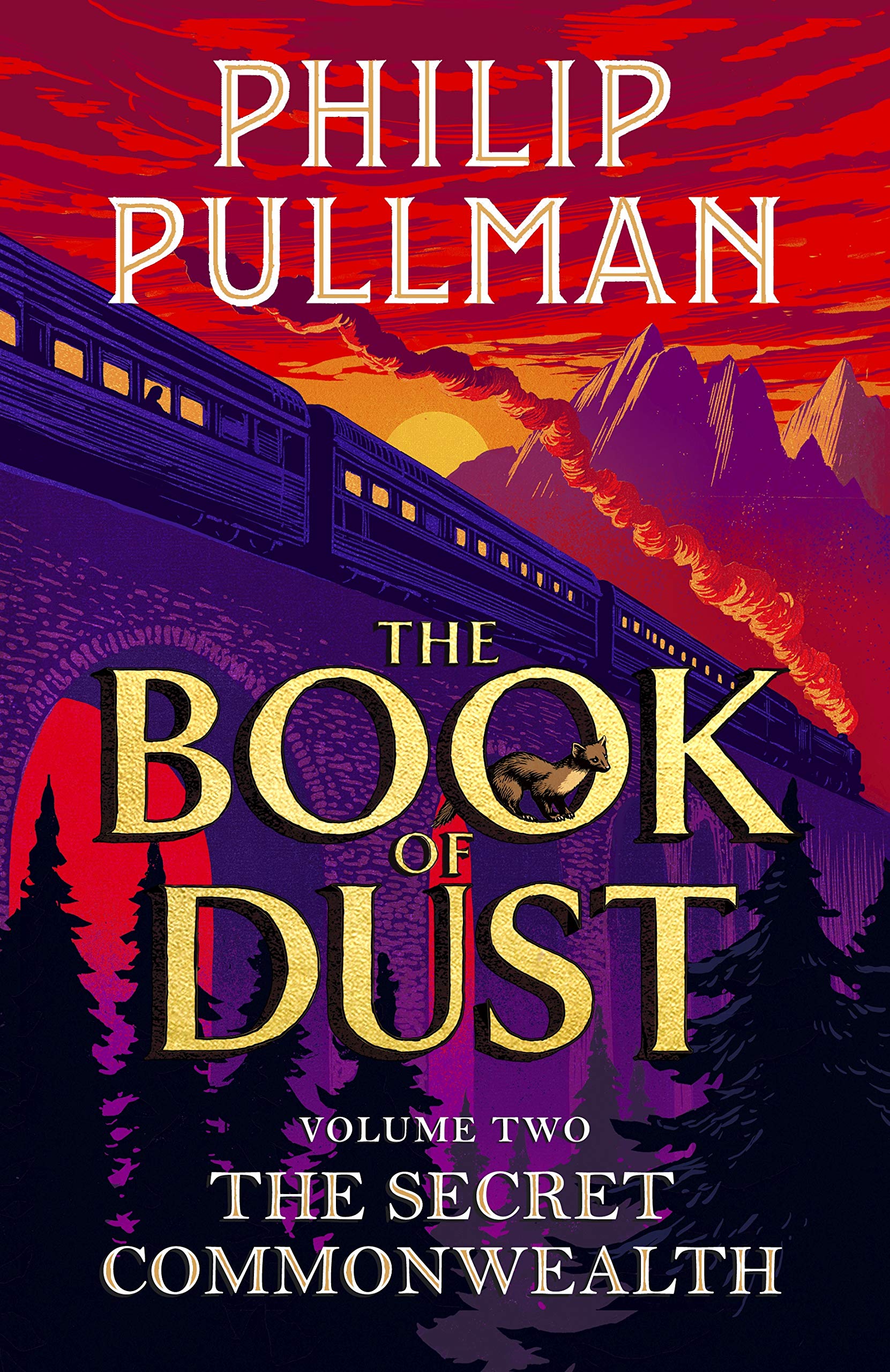 The plot of this huge novel (it runs to more than 700 pages) has many strands, but essentially Lyra is still the enemy of the increasingly powerful and oppressive Magisterium, the sinister religious authority whose influence continues to pervade both domestic and world politics and whose spies and inquisitors are everywhere. At the start of the book, Lyra's pine marten daemon Pantalaimon witnesses the murder of a botanist who has apparently been investigating the properties of a particular type of rose grown in the Middle East - properties which pose a potential threat to the Magisterium's rigid doctrine. This sets off a chain of events which sees Lyra undertaking a treacherous journey in search of a mystical city described in the botanist's notes, trying to stay one step ahead of the Magisterium and being stalked by Olivier Bonneville, the son of the predatory Gerard Bonneville from whom Lyra's alethiometer - a compass-like device which enables her to determine the answers to questions and acquire knowledge - was recovered by Malcolm Polstead twenty years previously.

However, there is another plot thread running through The Secret Commonwealth, which asks profound questions about what makes us human and what happens to us when we deny elements of that humanity. Because in this book, Lyra and Pantalaimon - daemons in the His Dark Materials universe are animal embodiments of a person's inner self - are in conflict. So much so, in fact, that Pantalaimon abandons Lyra completely to undertake a journey of his own, leaving her not only lonely and bereft but also, in the eyes of others, a less-than-human being to be reviled and feared. This also means that sections of the story are told entirely from Pantalaimon's point of view, which is an interesting departure from the previous books in the series in which Lyra and Pantalaimon are effectively two halves of the same whole and see and hear only the same things.

We already know that a person's relationship with their daemon is representative of their state of mind - Malcolm recalls how horrified and sickened he was when he saw Bonneville's father violently beating his own daemon, a clear indication that Bonneville was unthinkably, psychopathically evil. And it seems telling that Lyra and Pantalaimon can only separate from one another at all because of a terrible, painful sacrifice Lyra made as a child. Are their separations essentially a symptom of childhood trauma? Is their uneasy, fractious relationship, which leaves both of them miserable and incomplete, symbolic of depression or guilt? The source of their disagreement is Lyra's scholarly attachment to militant rationality - the suggestion, it seems, is that a life without imagination, without creativity, without fantasy, is a miserable one that goes against our very humanity. Is that what daemons represent? While Pullman's books are clearly critical of organised religion and its history of denying and suppressing scientific truths, it seems clear in The Secret Commonwealth that he has no time for the sneering hyper-rationality of a certain type of atheist thinker either.

There are clear parallels to actual world events in The Secret Commonwealth - a scene in which refugees from Syria fleeing extremism by making dangerous boat journeys, for example - which make this a fantasy novel that feels strangely close to reality. So much so, in fact, that the more overtly fantastical elements occasionally feel out of place: the story of a character who repeatedly bursts into flames, for example, seemed jarring to me.

Unlike the earlier books set in the His Dark Materials universe, The Secret Commonwealth doesn't appear to have been written with children in mind, and certainly not pre-teens - there are scenes of torture and an attempted gang rape - but its philosophical scope, villainous adversaries and puzzle-filled plot does feel like vintage Pullman, as does the atmospheric sense of adventure and exoticism that pervades Lyra's epic journey east. I don't, truthfully, think it needs to be 700 pages long, and it would have benefited from a more disciplined edit, but the ending feels more like a beginning and I can't wait for the third and final part of the Book of Dust trilogy to hit the shelves.
Email Post
Labels: book of dust book review fantasy his dark materials lyra belacqua sequel the secret commonwealth trilogy ya