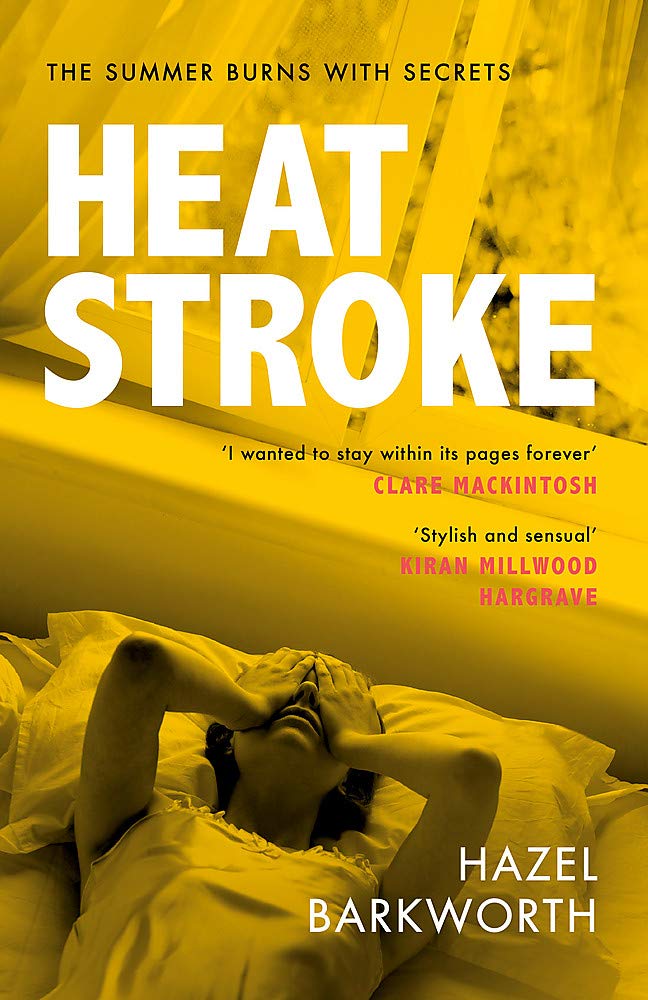 In this simmering psychological thriller, Rachel teaches at a secondary school which her own daughter, Mia, also attends. One weekend, Mia has a sleepover with her usual clique from school, but her friend Lily doesn't come along. Except Lily's mother thinks that she has, and it soon becomes clear that Lily has disappeared. Does Mia know where Lily is - or, perhaps more importantly, with whom? And why is Rachel's obsession with the case so claustrophobically intense? Is it because she's been having an illicit relationship with a man of her own, while her husband works overseas?

As the title suggests, Heatstroke is set during a swelteringly hot summer, in the build-up to the end of the school term, and the oppressive, steamy heat is a suitable backdrop for a story of passion, obsession and envy. It's more than a thriller, though - in fact, the actual plot is fairly straightforward and doesn't develop especially quickly. It also explores the relationships between mothers and their teenage daughters and the slight undertones of competition and resentment that can colour them.

The story opens with Rachel watching her teenage daughter Mia sunbathing in the garden and yet the description felt more like Humbert Humbert's descriptions of Lolita than a mother watching her daughter and there are certainly times when Rachel's protectiveness tips over into something intrusive at best and sinister at worst. Rachel also invents a whole narrative about Lily, where she might be and who she might be with, as if she is simultaneously worried and fascinated by the underage schoolgirl's relationship with an adult man, almost envious of it. At the same time, she looks back to her own recent affair.

Rachel's affair is clearly very much influenced by her desire to recapture her lost youth - and her lover appears to be attracted to her for that reason, taking pleasure in playing the role of the manipulator leading a more naive partner off the rails and encouraging her to be reckless and spontaneous.

I found it very hard to sympathise with Rachel - not that it should be necessary to enjoy the book, but at times it would have helped. She makes some terrible decisions, at least one of of them unforgivable, and I also cringed at the descriptions of her affair. She's supposedly a smart, capable woman who can command the attention of a class of unruly teenagers, and her sudden transformation into a passive ingenue in the company of a man who seemed to me like a pretentious idiot was quite depressing.

My other criticism of Heatstroke is that its ending felt abrupt and anticlimactic, not really worthy of the brooding tension that has built up to it. There is also a strong parallel between Lily's situation and a real-life case involving a 15-year-old girl a few years ago, and even the minor details are so notably alike that the similarities were impossible to ignore: I found this quite distracting and I think the author would have done better to take her inspiration from real events and then add more details of her own.