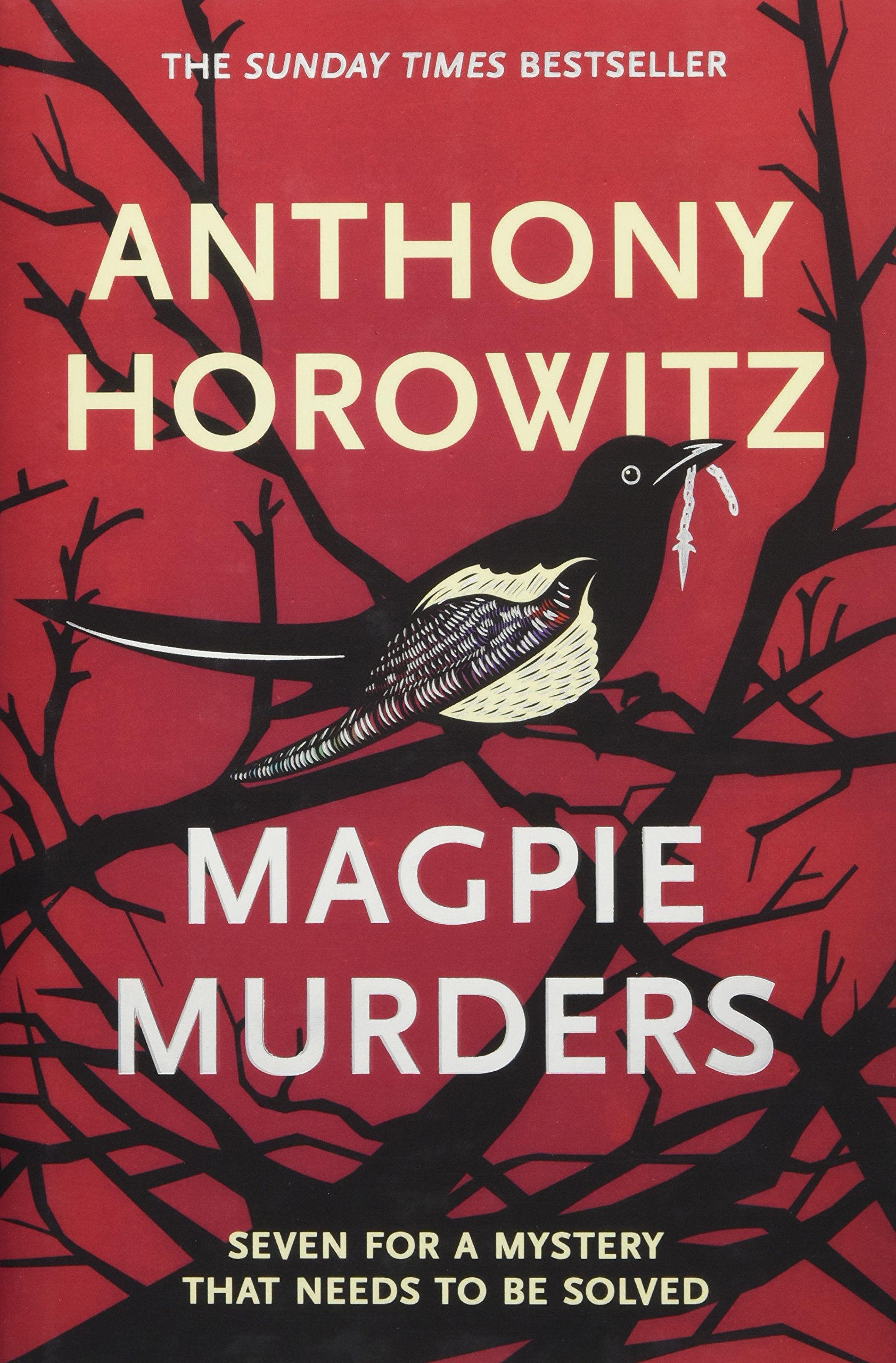 Magpie Murders, by the prolific Anthony Horowitz, is a book about books, and also a book within a book. And if you’re a fan of detective fiction, in particular Golden Age detective fiction and its grand-dame, Agatha Christie, you’ll find much to appreciate.

The story begins with an editor, Susan Ryeland, settling down to read a manuscript submitted by Alan Conway, a phenomenally successful crime writer of mysteries set in the 40s and 50s and starring German refugee Atticus Pund, formerly a police inspector and now a private detective, the character of whom owes a clear debt to Hercule Poirot. As Susan begins to read the manuscript, so do we, and suddenly we’re in Pund’s world of village intrigue, spinster governesses, vicarage scandals and poison pen letters as he’s called upon to solve the murder of Magnus Pye, a universally disliked country squire whose equally disliked housekeeper has also recently died in an accident. Rather bravely, Horowitz leaves us to read the entire Alan Conway manuscript (complete with all the errors and anachronisms that Susan as an editor is expected to spot and correct) until it ends … which happens one chapter before Pund reveals whodunnit.

We’re then back with Susan, who assumes the final pages of the manuscript have been omitted by mistake – until it’s announced that Conway, the author, is dead, apparently by suicide. But Susan isn’t quite convinced by the note he's left, and sets out to prove that Conway has been murdered. She also searches for the missing chapters of the novel, which she believes will hold clues about Conway's death as well as revealing the fictional killer of Magnus Pye.

As you can probably guess, it's all very meta and self-referential. Horowitz's rendition of Conway's novel (also called Magpie Murders) is, to an extent, pastiche, but Conway's own work is a form of pastiche anyway, full of references to Christie and clearly heavily influenced by her; all her typical character tropes and favourite plot devices are there. It's also as much a book about publishing and writers as it is a mystery - and it's a fascinating analysis of the relationship between crime writers, their detectives and their readers too.

Horowitz creates some great characters in Magpie Murders - most vividly of all, Alan Conway himself, which is a particularly impressive feat given that Conway doesn't appear at all in person in the book and is described only by others.

I would rather have had some breaks in the Atticus Pund story to take me back to Susan and her thoughts on the manuscript - as it is, we read almost the entire Pund novel in one go and although it's largely a fun read, there were times when I was impatient for it to end so I could learn more about Conway and Susan, so I'd have preferred to switch back and forth now and again. However, Magpie Murders is an entertaining read and if you're a Christie fan - as I am - you'll get a great deal of fun out of spotting the parallels with and the countless allusions to her work.

You can buy Magpie Murders in paperback here or for Kindle here.