What Was Lost by Catherine O'Flynn 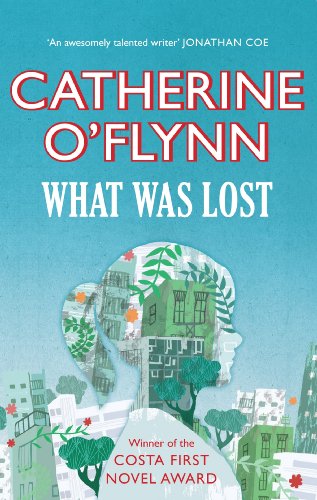 In the early 1980s, an eleven-year-old girl called Kate Meaney disappeared from Green Oaks, a West Midlands shopping centre built on the site of the factory that once provided work for an entire town. Twenty years later, exhausted security guard Kurt and disillusioned record shop worker Lisa see a girl who meets Kate's description wandering the Green Oaks service corridors at night with her detective's notebook and her faithful companion, Mickey the toy monkey. Surely this lonely figure can't be the same child?

What Was Lost by Catherine O'Flynn is, as the title suggests, a novel about loss - the loss of loved ones, the loss of oneself, and the loss of industry under Thatcher that saw Green Oaks built on the site of the factory that was previously the economic heart of the community. And yet, despite the underlying sadness that pervades the book, it's also very funny. The details and dialogue are beautifully observed, particularly through the young eyes and ears of Kate, and despite Kate's vulnerability - I warn you that your longing to reach into the pages of the book and rescue her will be almost painful - there is not the tiniest hint of sentimentality to be found.

While Kate Meaney's unexplained disappearance is central to the story, What Was Lost - rather like Belinda Bauer's Snap or Joanna Cannon's The Trouble With Goats And Sheep - is a book with a mystery at its heart that is somehow not really a mystery novel; the mystery drives the story forward but it's essentially a means of exploring the interconnected lives of people affected, one way or another, by the same thing. In Snap this is the unsolved murder of a mother of three, and in The Trouble With Goats and Sheep it's the disappearance of a neighbour from a suburban street in the 1970s. In What Was Lost, it's not so much Kate's disappearance from Green Oaks but the presence of Green Oaks itself, which is not just a location but almost a character in its own right. The shopping centre - the sort of location most of us would probably consider about as blandly neutral as it gets - feels like an increasingly toxic presence as the story unfolds, its influence almost an entirely negative one - in contrast with the presence of Kate, whose character is bright, hopeful, resourceful and kind, Green Oaks becomes symbolic of everything that is harsh, draining and disappointing about modern life.

I'm writing this review a full month after finishing What Was Lost, and yet I've found myself thinking about the book almost every day. It's an absorbing, funny, multilayered read that's also oddly unsettling at times - I notice that there's an endorsement on the cover from Jonathan Coe, and it reminded me of his work at times. It gave me a lot to think about, and I'm sure I'll return to it for a second reading.