Anything Is Possible by Elizabeth Strout 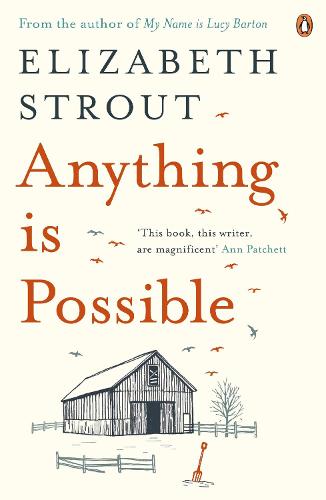 Anything Is Possible could be described as a sequel to the brilliant My Name Is Lucy Barton, but it's perfectly possible to read it as a standalone novel. It takes the form of a series of interconnected vignettes about the people of Amgash, a small town in America's rural Mid-West. Lucy, whom we first met in My Name Is Lucy Barton, fled Amgash for New York for a college scholarship, a literary career and an escape from the grinding poverty and erratic parenting of her childhood. She's now published a memoir (the subtext is that My Name Is Lucy Barton may well be that very book) and has returned to Amgash for the first time in decades to visit her brother, now living alone in the dilapidated home the Bartons moved into having previously lived, incredibly, in the house's garage.

But this isn't just a book about the Bartons - it's about the many other characters that populate Lucy's memoir and Amgash itself. It's about their fractured relationships, their longstanding insecurities and their triumphs and disappointments, all of which have been shaped by their small-town childhoods in an isolated farming community. Just like Lucy herself - who has tried her best to reshape her miserable childhood into something more ambiguous but is foiled by her sister's insistence on reminding her that their mother once made her eat food out of the toilet and that their family life was lived in terror of their unpredictable father, a compulsive public masturbator - these are characters who will never quite escape their pasts, even when they've made some sort of peace with them.

There's no real plot to this novel, so if plot is important to you it probably won't be your thing, but the characters are beautifully drawn, fascinating and believable individuals. Strout is an exceptionally perceptive writer who can express complex truths in a dozen words, and this was perhaps what I most enjoyed about this book. My only complaint is that, as it's a series of brief insights rather than a story in its own right, I didn't get to see enough of the characters, many of whom certainly warrant an entire novel.