The Dark Circle by Linda Grant 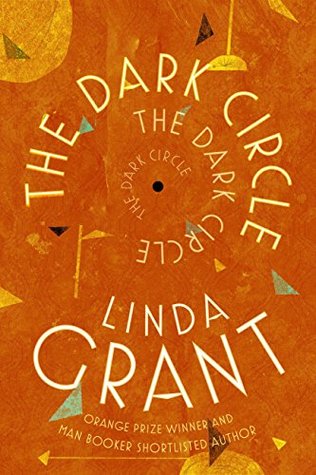 Linda Grant's The Dark Circle is set shortly after the Second World War, during the period when rationing overlapped with the creation of the NHS. Lenny Lynskey, keen to avoid National Service, is relying on his shady Uncle Manny to fix the results of his medical - but as it turns out, Manny's money is wasted. Lenny's chest x-rays reveal the telltale shadows of tuberculosis, and soon both he and his twin sister Miriam, also infected, are en route to the Gwendo, a Kent sanatorium which has recently been forced to open its doors to NHS patients. How will the more genteel, fragile patients take to the young, loud Jewish cockneys? And how will Lenny and Miriam - lively working class Londoners who associate the countryside with their depressing stint as wartime evacuees in rural Wales and believe it to be 'composed of trees, flowers and salad' - cope with the stiflingly dull, quiet and seemingly endless days at the Gwendo?

I think it's fair to say that it's a story in which not an awful lot actually happens; there are some key incidents during the course of the novel but if a pacy, action-packed plot is key to your enjoyment of a book then The Dark Circle might not be for you. I, however, enjoyed it a lot. I found the social and medical history fascinating and the characters are vividly believable. I loved Lenny and Miriam, I loved Miriam's intellectual room-mate Valerie, I loved quiet, thoughtful German refugee Hannah and her TV producer girlfriend Sarah. I even loved Uncle Manny, who despite being a career criminal as well as a property developer is horrified at slum landlords who are 'buying the leases of mid-last-century houses for a fiver with only a couple of years left to run on them and letting them out to the coloureds, a whole family in one room, which was not a respectable way to behave and he would have nothing to do with it.'

The Dark Circle is also, despite having a cast of characters who are at best sick and mostly dying, very funny at times. The descriptions of the peculiarly authoritarian nature of 1940s healthcare regimes - one patient is prohibited from reading the Monday newspapers in case the weekend's football results are too exciting for him, while another has to speak in a voice that's barely audible because she's been put 'on whispers' - particularly made me laugh, as did the commentary on the class system and the general horror of the middle-class residents' fear of anything that might conceivably be considered exotic, which includes Lenny and Miriam, jazz, Americans and jeans. When Mrs Lynskey brings parcels of Jewish delicacies for Lenny and Miriam to supplement the blandness of the Gwendo's menus of shepherd's pie and rice pudding, one of the nurses refuses to try the chopped liver because she 'would be worried it would have a flavour'.

That isn't to say that this book is out-and-out comedy. The plights of some  characters are deeply sad - Lenny's discovery of the Gwendo's children's ward is particularly shocking. Moreover, some of the treatments given in desperation to TB patients before suitable antibiotics became available were truly horrible, and this book doesn't shy away from that. But while it's often sad, it's never sentimental or maudlin. Miriam is perhaps the very embodiment of this. 'Love is not enough or all you need,' she says, 'you need your common sense.'

The only other thing I'd add about The Dark Circle is that the story's impact does somewhat rely on the understanding that spending a couple of years in a sanatorium with nothing exciting to do and nowhere interesting to go is terrible. For most readers the crushing and almost traumatic dullness of convalescence will come across very clearly, but for someone like me, who would actually very happily spend all day in a dressing-gown sitting on a veranda reading, perhaps completing the occasional jigsaw and staring aimlessly at the countryside for hours at a time with absolutely nothing to do that could be possibly be considered exciting, the Gwendo often sounds quite pleasant. I do, however, recognise that this says a lot more about me than it does about the book.