The Death Of Mrs Westaway by Ruth Ware 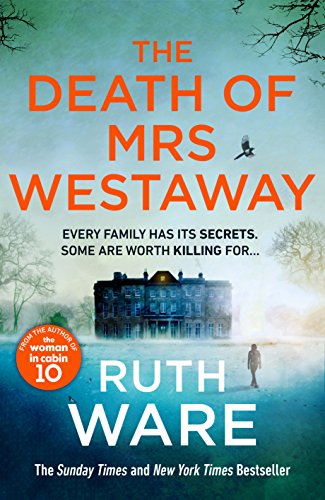 Ruth Ware's The Death Of Mrs Westaway begins with 21-year-old Harriet Westaway, known as Hal, receiving a letter from a solicitor to inform her that her grandmother, Hester Westaway, has died at her vast Cornish home and that Hal, as her long-lost granddaughter, is a beneficiary of the will.

Hal, however, knows full well that Hester Westaway is not her grandmother. Her father was a Spanish student she's never met; and her late mother's parents are already dead. Hal knows she should write back to the solicitor and explain that they've made a mistake, but she's currently living in poverty and under serious threat from a violent loan shark. She'll never be able to scrape together what she owes him from her job as a tarot reader on Brighton Pier, so a small legacy of a few hundred pounds might just keep his heavies at bay. Can Hal use the cold-reading skills she's acquired telling fortunes to convince them she really is Hester's granddaughter?

What follows is a gripping modern gothic tale full of secrets and lies, that has shades of Daphne Du Maurier. It takes place primarily in a crumbling Cornish mansion, complete with a sinister, Mrs Danvers-style housekeeper. Hal's three 'uncles', Harding, Abel and Ezra, believe her to be the daughter of their estranged sister Maud, and Hal does her best to keep up the pretence. But if she isn't Mrs Westaway's granddaughter, what is her connection to this mysterious, dysfunctional bunch?

This story is full of atmosphere. It takes places in the depths of winter, and even though I read it during a heatwave I could almost feel myself shivering along with Hal as she creeps through the gloomy, unheated house trying to solve the mystery of Mrs Westaway's will. But what really helps to lift this book is the character of Hal herself. She's a fundamentally decent person whose intentions to deceive the Westaway family stem from desperation, not greed, and she's so utterly alone in the world that it's impossible not to root for her. Like all the best gothic heroines, she's both vulnerable and resilient.

I can't pretend that the plot of this novel is grittily realistic, but it isn't really meant to be and Ware doesn't stretch things so far that the story loses credibility. Mrs Westaway's grim influence hovers over this novel as it does over her children, and there are moments that remind me of Agatha Christie's darker mysteries - the faithful family solicitor, the warring upper-class siblings, the will-reading and the sense of isolation as the Westaways' home is cut off by the winter weather. I enjoyed this book a lot and will be looking out for Ruth Ware's previous novels.
Email Post
Labels: agatha christie book review cornwall country house crime du maurier families gothic modern gothic mystery psychological thriller ruth ware the death of mrs westaway thriller