I like second-hand bookshops so much that I once made my boyfriend take me to Hay-on-Wye for my birthday so I could spend the whole day doing nothing but looking at old books. I expect I inherited my love of used books from my parents, who are no stranger to a second-hand book themselves. When I was a child, a lot – probably most – of my books were second-hand, either handed down from friends and family or bought second-hand from charity shops, school fetes and jumble sales. Not only did this make books a lot more affordable, but also meant that I got to read all sorts of interesting fiction that was probably long out of print by the time I even got my hands on it. I’m going to choose an example of one of those books in a later post this month, so for this post I’ve picked Princess Mary’s Gift Book. 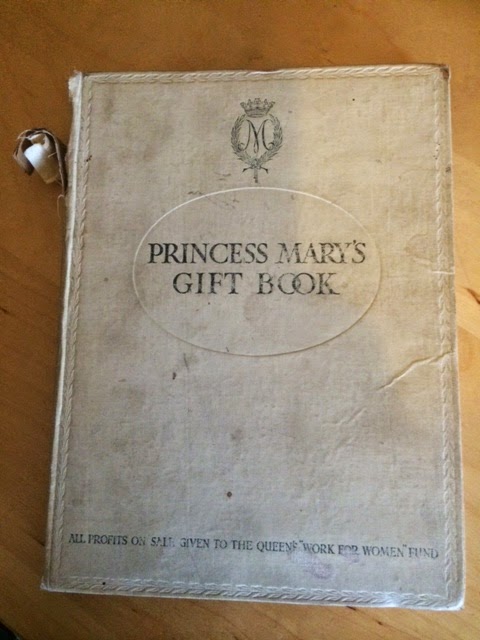 I don’t know anything about the shop from which this book was bought, because it was actually bought by my parents when I was a child, but I was fascinated by it, and read the stories in it many times. The Princess Mary of the title was the eldest daughter of George V, and the book was produced and sold in 1917 to raise money for something called The Queen's Work For Women Fund during the First World War. I’ve no idea whether Mary had any input into the contents of the book or whether she simply lent her face and name to it as a sort of royal patron or sponsor, but I assume her involvement gave it some kudos because it includes work by some notably popular writers of the time, including JM Barrie, Baroness Orczy, Arthur Conan Doyle, Rudyard Kipling and H Rider Haggard.

It’s essentially an anthology of short stories, poems and essays, the subject matter of which is, as you’d expect, all very uncontroversial – mostly whimsical humour, stirring, inspiring adventure tales or rather sweet little poems. I get the impression that they’d tried to include something for all the family, and I can imagine parts of it being read aloud in the drawing room after dinner. It’s all very British, and you get quite a sense of people’s belief in the Empire. 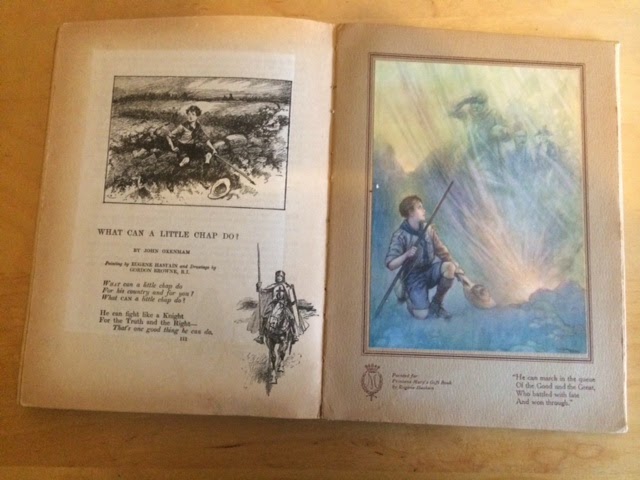 What I loved most about it, and still love to this day, are the illustrations. There are several colour plates in the book which are just beautiful. Apparently, a lot of copies of the book were actually cut up in later years so that the plates could be sold individually as prints, and while I can’t possibly endorse the hacking up of a lovely book, I can certainly see why they would be appealing. 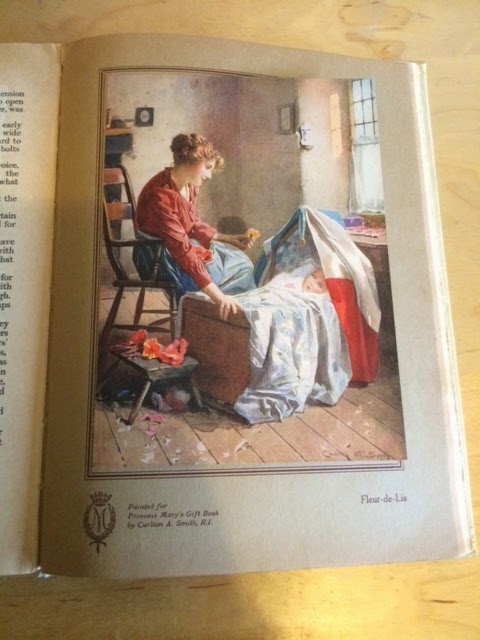 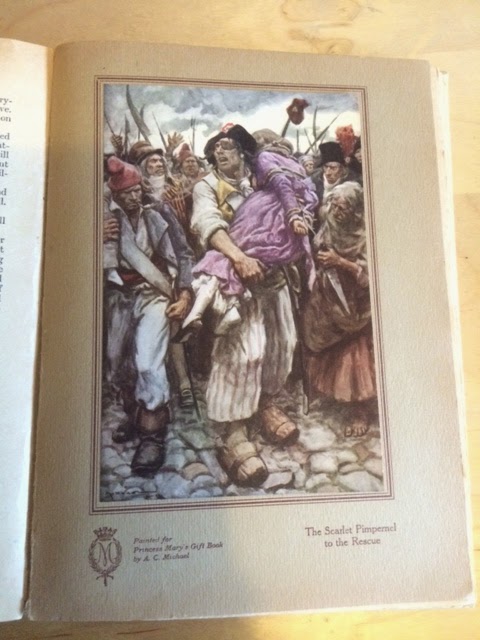 The rest of the book actually seems quite cheaply produced in terms of paper stock and binding, which is wholly understandable given that it was printed as a charitable project and at a time when materials must have been in relatively short supply.

This is a book that’s very much of its time, and whenever I look at it, I get a very strong sense of the period in which it was produced, and what the book was trying to achieve. There are doubtless plenty of copies available on eBay and so on because it must have been produced in fairly large numbers, but when I was a child I always felt there was something really special about this book and I still get that same feeling when I look at it today.

There is one more thing I like about this book, which is that some illustrations of fairies that appear in were the ones that were copied by two little girls, Frances Griffith and Elsie Wright, when they created the famous Cottingley Fairies photographs, a hoax that fooled numerous 'experts' of the day including Arthur Conan Doyle himself.