#bookaday 7: Forgot I owned it

A week ago we spent a day spring-cleaning and decluttering our house. During this exercise we actually got rid of quite a lot of books. It breaks my heart to give books away but we have a very small house and a great deal of books, and the shelves we had custom-built in which to accommodate them are already full to bursting. Plus, there were certainly books on the shelves that neither of us will ever read again, and we intend to give them to charity so at least someone else will benefit from them.

However, clearing some space on the shelves downstairs did mean that I was able to find room for some books that had been sitting in a box in our spare room. Before that, they were sitting in a box in my parents' loft, where they'd been since I left home almost twenty years ago. 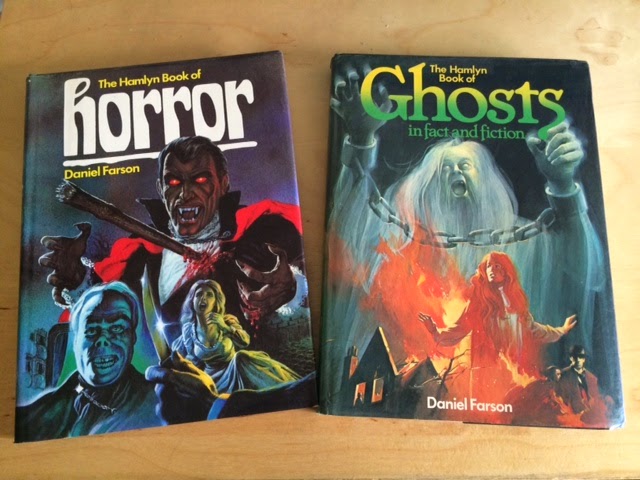 One of these books belonged to my brother and was passed on to me, the other I bought second-hand, probably from a jumble sale or a school fete, as I seem to remember being at one or both of those things at least every other Saturday when I was a child. 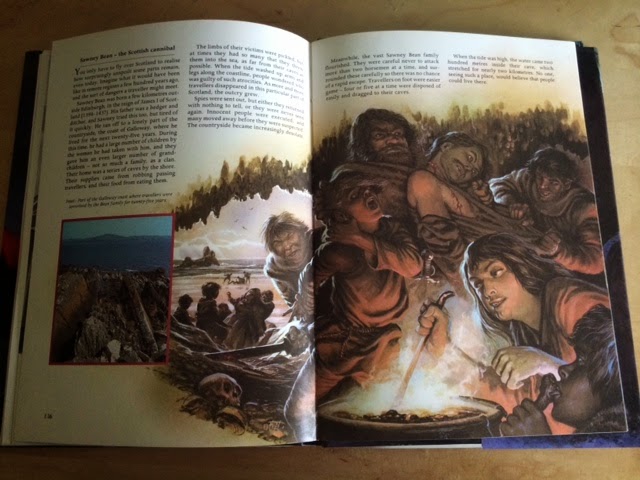 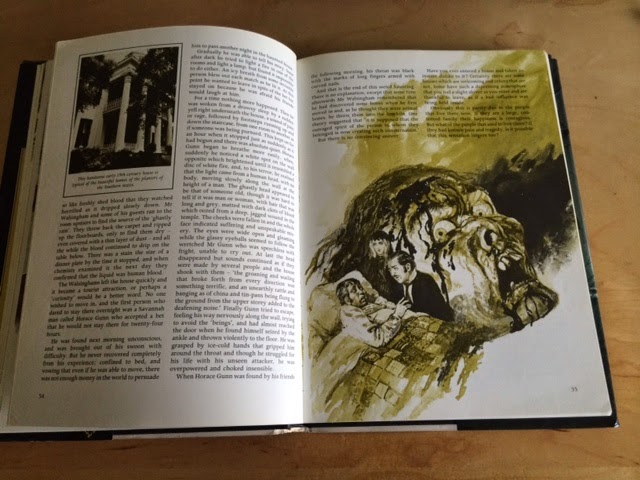 They're very much of their time (both published in 1978) and have fabulous, garish illustrations. I had completely forgotten I owned these books, yet their covers are so immediately familiar to me that I almost felt as if I'd stepped back in time when I took them from the box. I was always fascinated by ghosts, horror and the supernatural and books like this captured my imagination as a child, along with various films and television programmes from around the same era.

These probably look like cheap, insignificant tat to most people, and frankly they probably are, but they had a significant influence me and really helped to shape my interests and the fiction I like to write. I'll never give them away.